A few days ago somebody posted the picture of the cover of a book -- a first grade "reader" -- that was popular in the mid-fifties, and for some years on either side of that time.  It was entitled, "Fun With Dick and Jane."  I remembered that book -- or one of its many clones -- because that is the book that was used in my own first-grade "learning experience."

The editors of that series of books had decided that a "phonetic" approach to reading (which had characterized language-learning and pronunciation for a long, long time) needed to be replaced by the new, more scientific "look-say" method.  The theory was that if you just see the word enough times, and are made to say it, you will remember it.  If that strikes you as more of a "stimulus-response" approach to learning than acquiring knowledge by discovering phonetic rules of pronunciation and interpretation (and proceeding from there to meaning), you might be right.  Be that as it may, I have been told that they discovered, or popularized, this happy method shortly after World War II, which was a decade earlier.

The characters who were in that book -- those books -- lived in a plain vanilla world that was somewhere between white picket fences (and I do mean white in both senses of the word) and the migration to the suburbs that figured prominently in the times in which they were published.

Appearing in the cast of characters was Mother, of course, and Father.  Then Dick, and Jane, and little Sally.  And who could forget their beloved pets, Spot the dog and Puff the cat.  I think that Spot was vaguely male, and Puff was vaguely female. (I don't think they ever said, so I'm just going by remembered impressions.)

At any rate, the books (which had a large and contextually appropriate picture at the top of each page, and a few lines of printing at the bottom) went like this:

As you might suppose, this new approach to reading was great for the sales of many "basic readers," as they were called, and the educational establishment registered its enthusiastic approval of this new, scientific "Look-Say Method." (Experiments had apparently been conducted, and the appropriate statistics verified and published.)  I think it had been originally called the "See-Say" method, but I am not sure about that.  Anyway, phonics were out as the basis for learning pronunciation, or as an aid to learning meaning, or discovering where words come from.  Look-Say was in.


You will notice that the thoughtful and scientific publishers made sure that increasing "complexity" was not left out.  The exclamation point could be discussed as a point of emotional excitement (!);  and the two-syllable word, funny, was smoothly slipped in.  And there was that catchy rhythm that marched forward in common time:  left, right, left, pause, left, right, left, pause.  This educational experience went on page after page, day after day, book after book.

If you realize that pretty much the entire baby-boom generation was nurtured on this (may I say it?) drivel, you may have some understanding why things have turned out for them the way they did.  When the Boomers took to the streets of San Francisco (and elsewhere) a few years later, they were chanting slogans like "Peace and love," and "Give peace a chance."  At least they had gotten beyond "Peace, peace, peace! Oh, oh, oh!  Love, love, love!"  Which I, at least, would call progress of a sort.

All this does not justify writing a post, except for what caught my eye in the comments section of the post -- a joke.  No doubt it is an old joke -- joke, joke, joke! -- but I had not heard it before.  Here it goes:

A first grade teacher gets out of her class at the end of a school day and heads for her car.  She notices that she has a flat tire.
"Oh, oh, oh!
"Look, look, look!
"Damn, damn, damn!"

I used to think that God was a Mathematician.  I now think that He only took it on as a serious hobby to be indulged at the end of a long and busy day.  "Good -- that's One.  Good, that's Two.  Good, that's Three," and so forth.  After getting to Six, He could see where it was going, and was tired.  "Here comes Seven, and I'm taking a rest from all that."  Maybe He delegated that whole business of Mathematics to the Archangels, at least for a while.

After a long, restful Sabbath He aroused Himself and had other things on His mind.  Like Adam.  And a Garden with Trees.

Posted by Robert Heid at 9:29 AM No comments:

So this morning, I was sitting on my porch reading a good book when the nice woman -- black, I may say, to give proper honor to her and her ethnic traditions -- who works for the U. S. Postal Service and kindly delivers our mail every day, came by on her daily rounds.

I had been thinking about her particularly since yesterday, and felt that I had one word for her.  So, as she handed me our mail, I said:

And that's the truth.
Posted by Robert Heid at 10:56 AM No comments:

A Nation of Fantasists

I've been reading Wendell Berry (again), and ran across this passage in his recent book, What Matters?  It is the introductory paragraph of an essay which he wrote in 2009.

"As our economy has been showing us for the past year or so, we have become a nation of fantasists.  With a kind of abject credulity, we have come to believe in the power of money alone to bring forth goods, to believe that money itself is a good, to believe that consumption is as vital an economic activity as production.  We think that shopping is a patriotic act and a public service.  We tolerate fabulous capitalists who think a bet on a debt is an asset."

There I went, favorably quoting a man who does not pay proper respect to the god of our civic religion, Mammon, and the capitalists his faithful priests.

But we are a nation of fantasists -- political fantasists left and right, media believers, Hollywood afficionados, technology-addicts, militarists, ideologists, and theological speculators.

However, reality is beginning to prod us awake.

But awakening from our fantasies may be as troublesome, frightening, and sickening as coming out of a long-induced drug stupor, or a hang-over.  "What has been going on while I have been out-of-it?" we begin to ask ourselves.  "And worse yet, who knows what was I really doing when I was out of my senses?"

Then, of next importance, the further questions:  "What do I do now?  What will happen next?  What should I be preparing for?"

The good news, and the bad news, is that other people are asking the same questions, and are talking to each other.  That is good news for two reasons -- the first reason being that we are not alone, that other intelligent people are addressing the same questions; and the second reason being that some practical answers have begun to be suggested. (Although largely, but not completely, ignored.)

The bad news is also two-fold.  First, we can no longer tell ourselves that everything is okay, and that we can continue with business as usual and things as they are, it's just human nature, inevitable, etc.  We are sick, and we know it.  Second, we can see that the people who are still caught in the left-right paradigm, or caught in the would-be world-encompassing media-narrative, or pre-occupied with American (or religious, or Christian) exceptionalism, or narcissistic selfists, are not going to be much help;  they -- as once we; perhaps still we -- are a big part of the problem.

The world is not Disney-world, or church-world, and it is not even "western civilization."  Mammon is a false god, a demi-god.  And both God and the Devil are wide awake. 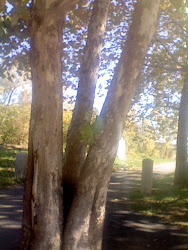 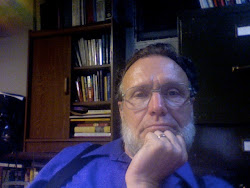 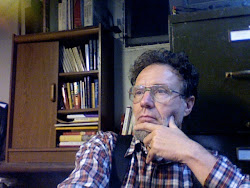